HIV/AIDS is common in the tropics: HIV prevalence is very high in tropical Africa (1-15%), extremely high in South Africa and Botswana (18-20%), and 3.3% in some Caribbean countries (Haiti, Barbados). HIV prevalence is also high in parts of South-East Asia. Thus, HIV has emerged as a major cause of morbidity and mortality in many tropical countries. In many hospitals in East and Southern Africa, over half of all inpatients are infected with HIV, most suffering from complications of HIV.1,2

Haematologists should maintain a high index of suspicion for HIV infection and, from a morphological standpoint, should be aware of the bone marrow changes associated with HIV infection.

Note: HIV-2 infection is endemic in West Africa (HIV-2 generally takes longer to progress to symptomatic HIV/AIDS than HIV-1). HIV is often associated with mild to moderate thrombocytopenia (50-150×109/l), leukopenia, and anaemia. In sub-Saharan Africa, HIV/AIDS is now the commonest cause of anaemia, leukopenia, and thrombocytopenia encountered both in patients and in the community.

The following changes may be seen in the bone marrow of HIV (+) patients with cytopenia:3-6

Opportunistic pathogens that involve the bone marrow include:1-7

Note: tuberculosis is endemic throughout the tropics.

Mycobacteria cannot be stained with Giemsa (or Gram’s stain) because their thick lipid-rich cell wall prevents stain penetration. With fine focus adjustments, mycobacteria may rarely be visualised in Giemsa stained preparations as unstained, refractile, rod-like structures sometimes called ‘ghost bacilli’ or ‘phantom bacilli’ (arrow), as shown in Figure 2. This case represents an unusual diagnosis, but one that should always be borne in mind when one sees an immunosuppressed patient with pancytopenia. It is worth remembering that miliary tuberculosis may cause myelophthisic changes (leukoerythroblastosis in the blood film and necrotising granulomas with Langhans’ giant cells in the bone marrow) and thrombocytopenia. 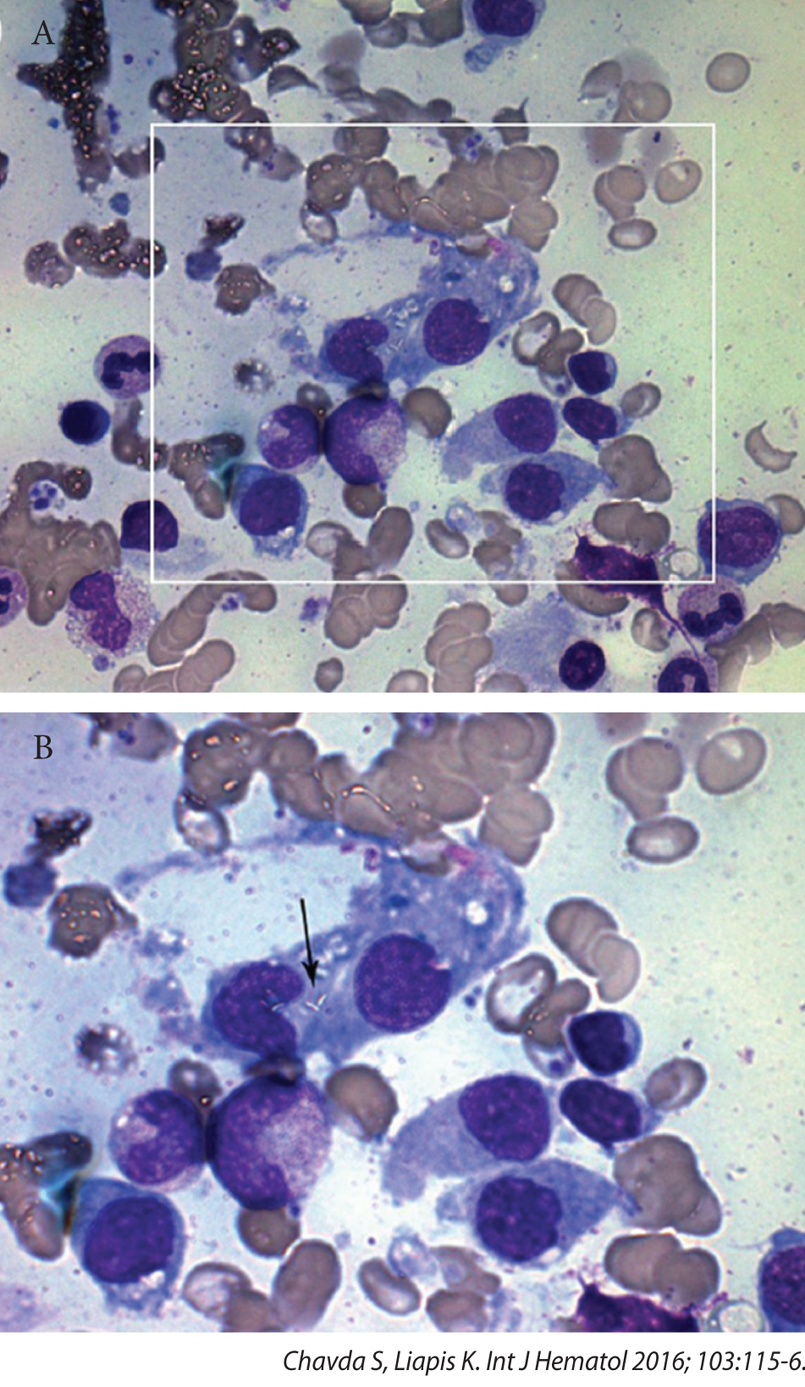 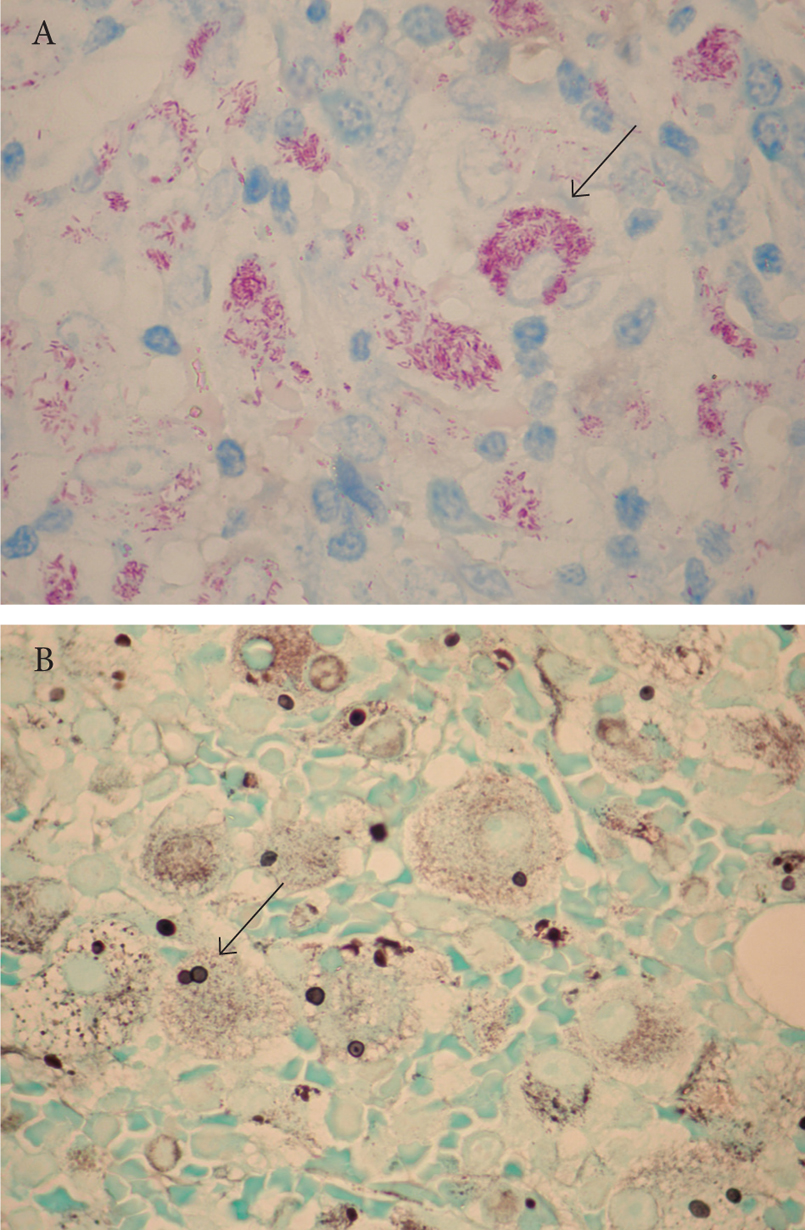 Gomori’s methenamine silver stain is the preferred stain for demonstrating fungi. Certain fungi demonstrated by Gomori’s stain do not stain well with PAS which should be used as a secondary approach to enhance morphological detail. All Gram (+) bacteria, including the actinomycetes e.g. Actinomyces, Nocardia and mycobacteria stain with Gomori’s as do some encapsulated Gram (-) bacteria e.g. Klebsiella spp. Bacteria that have been treated with antibiotics before tissue sampling may not be well stained with Gram, but they often retain their Gomori positivity. Gomori’s stain also highlights the intracytoplasmic inclusions of CMV-infected cell and the polar bodies of microsporidia.