Third-stage infective larvae (a) enter the mouthparts of the mosquito from which they penetrate the skin when the insect bites (b). They enter the lymphatics (lymphatic vessels and lymph glands) where the worms mature into thread-like adults (c) which can live for many years and mate. Blockage of lymphatic vessels by the adult worms leads to elephantiasis (d) in some individuals. Larvae (e) are produced in the female worms and transform to microfilariae (f) which enter the peripheral circulation. From there they are picked up by mosquitoes with a blood meal (g). The microfilariae (h) penetrate the insect’s gut wall to develop in its tissues (i, j) in which they mature to the third stage larvae. 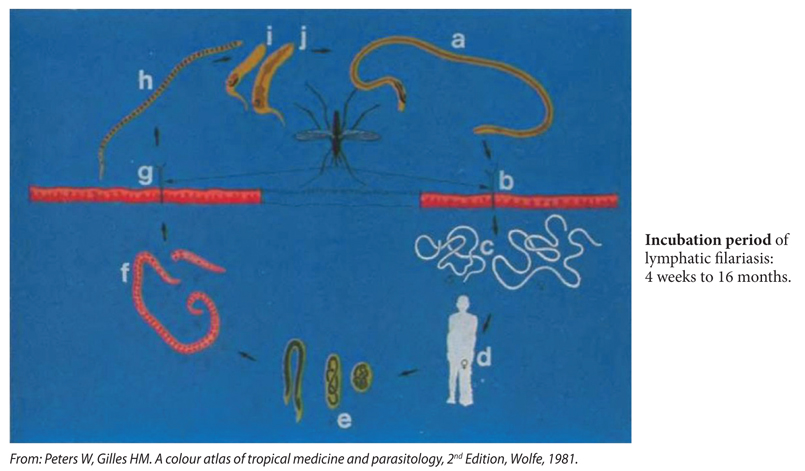 Figure S1. Life cycle of W. bancrofti and B. malayi. 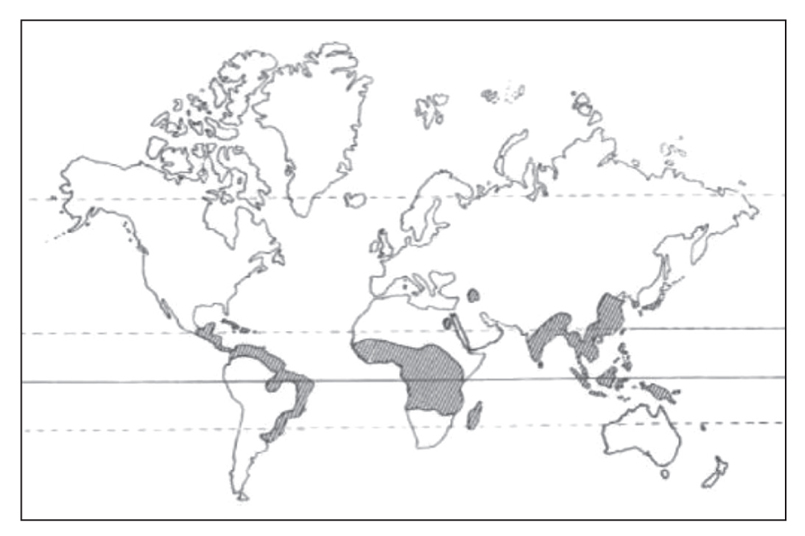 Brugia malayi has only been recognised in Asia. The nocturnal periodic from occurs in India, Sri Lanka, South-East Asia, and Japan. The nocturnal subperiodic form occurs only in Malaysia, Borneo, and the Philippines.

When the female Chrysops fly bites, the infective third-stage larvae (a) enter the subcutaneous tissue of man (b) where they mature into adults (c) within about one year and they mate. The adults live for 4-12 years. The females (about 7 cm long) migrate through the subcutaneous tissues and may cross the front of the eye under the conjuctiva (d). Microfilariae (f) develop from larvae (e) in the female worn and circulate in the blood with which they are picked up by another fly (g). In the gut of the fly the microfilariae (h) exsheath, penetrate the insect’s gut wall to develop in its tissues first to ‘sausage-like’ forms (i, j), then infective third-stage larvae (a). The larvae infect a new host when the Chrysops takes another blood meal. 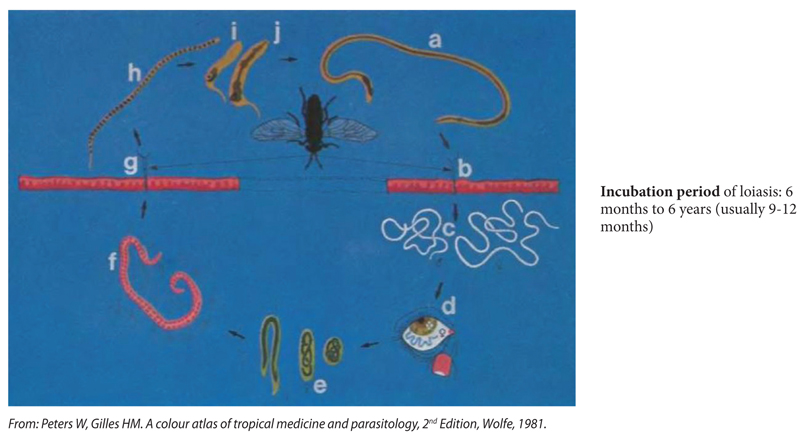 The migration of adult L. loa through subcutaneous and connective tissues of the body may cause allergic symptoms: urticarial rash, pruritus, allergic dermatitis, angioedema, and transient subcutaneous non-pitting oedema usually in the extremities e.g. wrists and forearms known as Calabar swelling (ddx: trauma, arthritis, soft tissue infection, and cellulitis) lasting about three days (up to 15 days). A marked eosinophilia (60-90%) accompanies this phase of the infection.

Loiasis has been associated with renal complications (glomerulonephritis, nephrotic syndrome) and a wide range of neurologic manifestations.

Loa loa is confined to Africa, extending from the Gulf of Guinea in the West to the Great Lakes in the East. Chrysops fly which transmits loiasis lives in the canopy of primary rainforests. 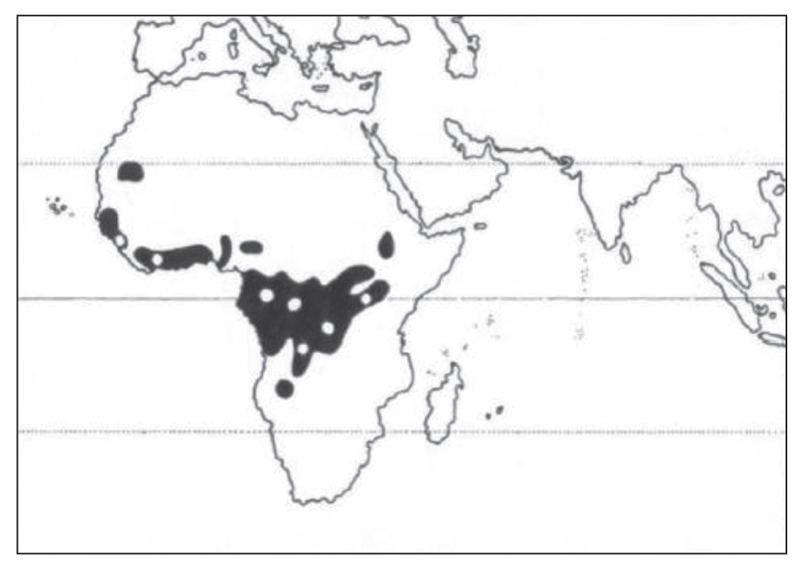 Loa loa (only in Africa) is transmitted by Chrysops flies.

Note: in 2000, WHO launched the Global Programme to Eliminate Lymphatic Filariasis (GPELF) which has reduced the number of microfilaraemia cases and transmission in some countries (e.g. China, Korea, and Egypt).

The most common manifestations are hydrocele (usually unilateral), lymphoedema and ADLA. B. malayi is usually milder than W. bancrofti and is not associated with urogenital complications (chyluria). Note: filarial larvae inside lymphatic vessels in various tissues may appear in late, inactive phases as serpiginous calcifications visible on X-rays.

In tropical Africa Mansonella and Loa loa often co-exist, so you should rule out L. loa in any case positive for Mansonella (L. loa is large, thick, sheathed and has a tapered tail ≠ Mansonella perstans).